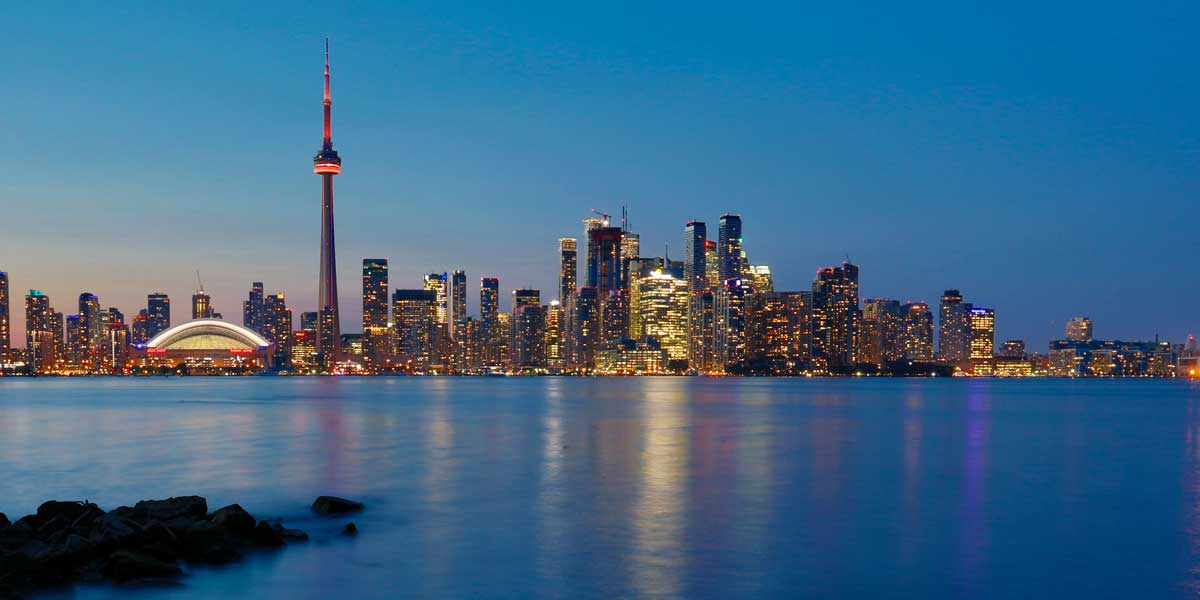 Limescale build-up is a common household problem here in Toronto, due to our water hardness.

If you live in Toronto, especially close to Lake Ontario, you may have noticed this chalky white crust appearing around your home. You may see it on your tap, toilet, shower, tiles or kettle—anywhere water touches.

Limescale isn’t dangerous, but it can certainly be annoying! In this article, we’ll go over the causes of limescale and how to clean or remove it from your home.

The hardness of water is really just a measure of what amount of minerals are dissolved into the water. Hard water has a lot of minerals, while soft water has very few.

According to the City of Toronto, our water has an average hardness of 124 milligrams per litre. That’s considered moderately hard.

Most of North America has hard water, with many towns in Ontario having much harder water than Toronto. For example, Orangeville has an average hardness of 325 milligrams per litre and Innerkip has a whopping 860 milligrams!

Hard water is usually caused by groundwater flowing through mineral-heavy rock like limestone. As the water passes through the limestone, some of the minerals from the rock dissolve and become part of the water.

Since Ontario rests on a huge bedrock called the Canadian Shield, our drinking water passes through a lot of limestone!

The most common minerals our water picks up as it travels are calcium and magnesium. These minerals aren’t harmful to drink—in fact, they often make water taste better. That’s why you’ll see mineral water for sale at the corner store.

However, they’re not so healthy for your pipes and faucets.

Limescale is a white, crusty build-up that shows up wherever hard water rests and dries. It sometimes looks like chalky crystals.

When hard water evaporates, it leaves behind all the minerals that were dissolved in it. That’s the build-up you see leaving a ring inside your kettle or crusting the spout of your faucet.

Limescale can usually be cleaned off of surfaces. However, it can cause serious damage to areas you’re not able to clean, like inside your pipes.

How to Remove Limescale from your Kettle, Tap or Toilet

How to Remove Limescale from Appliances:

Limescale Damage to Fixtures and Pipes

Even if you’re on top of cleaning limescale off your fixtures, it can still cause damage on the inside.

Limescale can build-up inside fixtures and pipes in your home, blocking passage and causing corrosion.

Once the damage is too bad, the fixture or pipe will need to be replaced. We see this often in our work around Toronto. It’s especially common in neighbourhoods close to the lake, like the Beaches, Leslieville, Clifftown and Guildwood.

If you notice that your taps are flowing or draining slowly, it could be a result of damage or blockage from limescale. Give us a call today at 647-404-7139 to diagnose and repair the problem.

However, if you find yourself frequently cleaning limescale or are concerned about damage, you may consider investing in a water softener or filter. These systems remove minerals from water as it enters your home.

Do you have a slow flowing or draining pipe in your house? There are many possible causes, but limescale is one of them. Contact Neighbourhood Plumbing today for help.