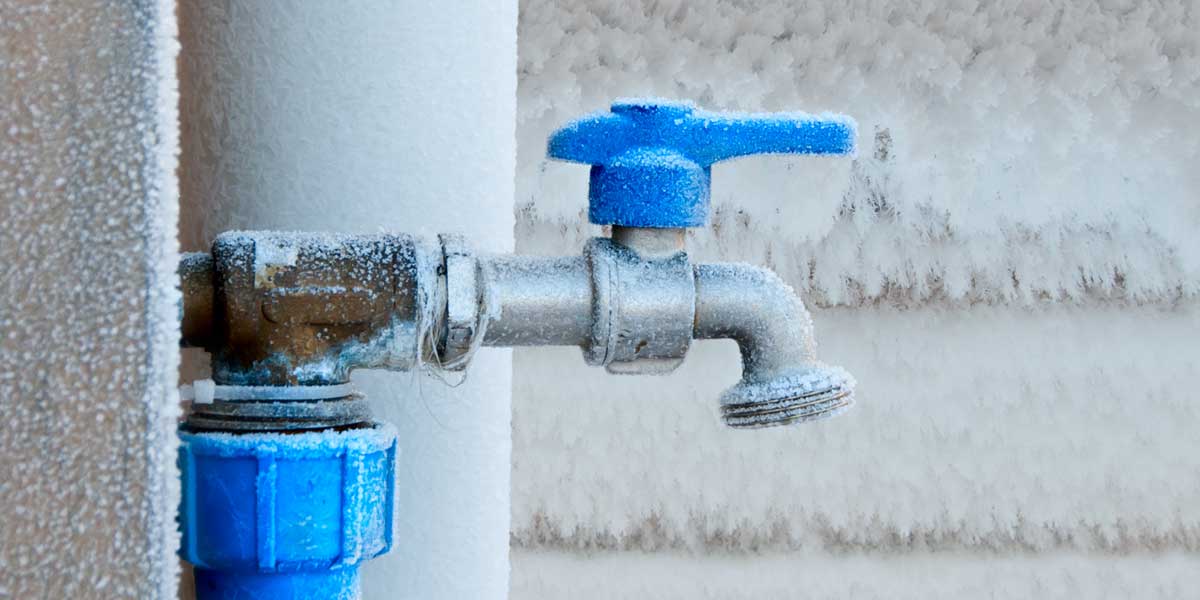 It’s every homeowner’s nightmare: a frozen pipe that could burst and flood your basement. Fortunately, there are ways to prevent frozen pipes. There are also important steps you can take in the event of a frozen pipe to minimize the risk of damage to your home.

On particularly chilly days, some of the pipes in your house can be exposed to cold enough temperatures that the water inside them freezes. Mostly commonly, this happens to pipes close to external walls or the main water pipe leading into your house.

A frozen pipe be a nuisance when it slows or stops the water to your faucet, but the real danger is that it will cause the pipe to burst. Water expands when it freezes, which can cause it to grow bigger than the pipe containing it. All that pressure can eventually crack the pipe, causing a flood of water when the blockage of ice thaws.

How do you know if you have a frozen pipe?

Most often, you’ll know you have a frozen pipe when it’s below zero outside and you notice the water in one of your faucets has stopped or slowed to a trickle. To see which pipe (or pipes) has frozen, try turning on the other faucets in your house to see which ones have been affected.

Sometimes, you can actually spot the frozen pipe just by looking. Watch for pipes that are frosted over or bulging like a snake that’s just eaten.

What to do if you have a frozen pipe

Hopefully, you can catch and fix the problem before the ice damages your pipe. In many cases, however, you will have water leaking from the pipe after the ice is removed—the result of a burst.

What to do if you have a burst pipe

How to prevent frozen and burst pipes

There are many steps homeowners can take to prevent pipes from freezing. And they’re much less costly than repairing damage and replacing furniture after a flood!

Are your pipes still prone to freezing, even after taking precautions? There may be a problem you’re not aware of—call a plumber to get it checked out.

Do you live in Toronto and have a pipe that has frozen and burst? Start the thawing process and contact Neighbourhood Plumbing to repair that pipe.